You appear to be using a browser that is not supported by the Airsupply platform. We support all modern browsers including any recent version of Chrome, Edge, Firefox or Safari. Please try using one of these browsers instead.

If you don't know how to change your browser, email contact@airsupply.org.uk and we'll be happy to help you out. 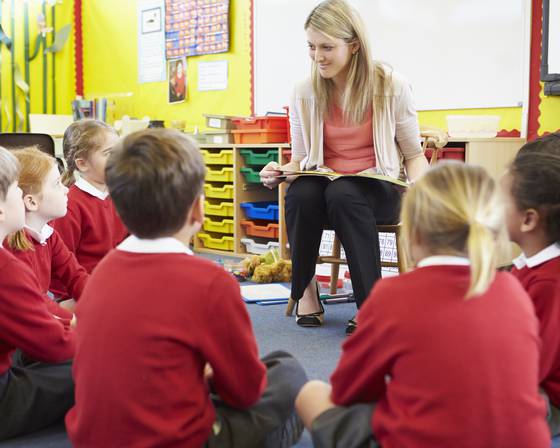 Teaching with a stammer: How teaching has improved my fluency

Managing a stammer as a teacher can be a challenge. Some days are better than others and you’re not always sure why. Over the past four years the challenges of teaching, and specifically the varied challenges supply teaching offers, have helped me to not only better manage my speech but have also improved my stammer overall. Having a stammer can be unpredictable – you may find yourself less fluent than usual for a myriad of reasons such as speaking in an unfamiliar setting, speaking to certain people you’re familiar/unfamiliar with, a particular combination of sounds in a word, talking over the phone or speaking in a certain language.

Growing up, I had varying forms of speech therapy, from one-to-one therapy as a child to group therapy in my teens. When I finished university and started applying for jobs, I found myself struggling to speak fluently during interviews. At that time it was quite difficult to access speech therapy on the NHS for adults with a stammer. I ended up finding a stammer support group not far from where I lived. Even though it was in an informal setting, it was encouraging to find other people who could share their experiences and the techniques they used to aid fluency.

Before starting my teacher-training as a primary school teacher, I worked as a teaching assistant. My speech brought me little anxiety at that time as I was quite comfortable working with children individually or in small groups. Moving on to teacher-training was more of a challenge. In feedback after weekly observations I was told that I was quite serious, and my teacher-talk was more suited to teaching high-school students. My university tutor recommended that I look to Mr Tumble from CBeebies for inspiration on how to speak to young children. Though I can’t say I’m as animated as Mr Tumble, I heeded my tutor’s advice, and it began to pay off with my Year 2 class. At first it felt unnatural, almost like I was playing a character, but it helped me to feel more confident and had a positive impact on my fluency too.

Choosing when to share that I have a stammer depends on the situation. Some people who stammer choose to never mention it. Acknowledging it might make some people more nervous or it simply might not be an issue for them. Personally, it helps to put me at ease. I tend to disclose it on job applications and to colleagues I work with regularly. When I worked at a school full-time, some parents came to know of my stammer who would sometimes offer thoughtful advice to help me. I was also able to recommend starting speech therapy for children who I’d noticed had a speech impediment. When it comes to pupils I’ve taught, sometimes they notice irregularity in my speech and a few of them might begin to whisper to each other. I’ve found it useful to quickly explain that I’ve got a stammer, rather than allowing it to distract the rest of the lesson. Other than a handful of times where a few children have raised their hands to enquire further about the nature of a stammer, the class has usually settled down after it’s been addressed directly.
Working as a supply teacher for the last couple of years, I have opened up about my stammer as and when I’ve needed to. For example, at the mention of teaching a drama lesson (a subject I’ve little experience of teaching) I felt a sense of dread come over me and worried that I would stammer a lot during the lesson. After discussing my anxiety with other teachers in the same year group (who kindly offered another lesson I could teach in place of drama), I felt much better and was able to deliver the lesson without any major issues regarding my speech.

The improved fluency of my speech since becoming a teacher is something I’m grateful for. A significant part of the job is talking in front of people and over time you become increasingly desensitised to the fear that presenting may have brought on in the past. Seeing how little negative impact a stammer has over my teaching, has helped me overcome the anxiety I would’ve felt just a few years ago.